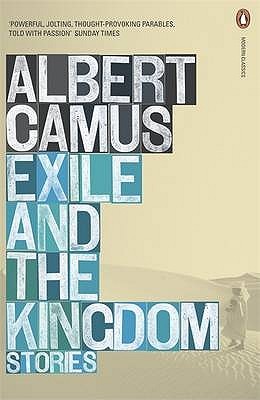 EXILE AND THE KINGDOM

These short works of fiction cover the whole variety of existentialism, or absurdism, as Camus himself insisted his philosophical ideas be called. The clearest manifestation of his ideals can be found in “La Pierre qui pousse”. This story features D’Arrast, who can be seen as a positive hero as opposed to Meursault in “The Stranger”. He actively shapes his life & sacrifices himself in order to help a friend, instead of remaining passive. The moral quality of his actions is intensified by the fact that D’Arrast has deep insight into the absurdity of the world but acts morally nevertheless–quite like the main character in “The Plague”:
“The Adulterous Woman” (“La Femme adultère”)
“The Renegade or a Confused Spirit” (“Le Renégat ou un esprit confus”)
“The Silent Men” (“Les Muets”)
“The Guest” (“L’Hôte”)
“Jonas or the Artist at Work” (“Jonas ou l’artiste au travail”)
“The Growing Stone” (“La Pierre qui pousse”)