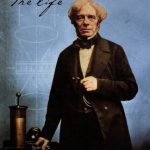 A major biography of Michael Faraday (1791–1867), one of the giants of 19th century science and discoverer of electricity who was at the centre of an extraordinary scientific renaissance in London.

Faraday’s life was truly inspirational. Son of a Yorkshire blacksmith who moved to London in 1789, he was a self-made, self-educated man whose public life was underpinned by his devotion to a minor Christian sect (the Sandemanians) and to his wife. He was also a fine writer and brilliant lecturer.

This book is a passionate exploration of his life, work and times (he was a pioneering scientific all-rounder who also experimented with electromagnetism, techniques for preserving meat and fish, optical glass, the safety lamp, and the identification of iodine as a new element).

It will also tell the story of the dawn of the modern scientific age and interweave Faraday’s life with the groundbreaking work of the Royal Institution and other early scientists like Humphrey Davey, Charles Babbage, John Herschel and Mary Somerville.