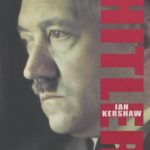 Winner of the Wolfson Prize for History, Ian Kershaw’s Hitler 1936-1945: Nemesis is the concluding second volume of one of the greatest biographies of modern times.

No figure in twentieth century history more clearly demands a close biographical understanding than Adolf Hitler; and no period is more important than the Second World War.

Beginning with Hitler’s startling European successes in the aftermath of the Rhineland occupation, from Czechoslovakia to Poland; addressing crucial questions about the unique nature of Nazi radicalism; exploring the Holocaust and the poisoned European world that allowed Hitler to operate so effectively; and ending nine years later with the suicide in the Berlin bunker, Kershaw allows us as never before to understand Hitler’s motivation and impact.

‘Magisterial … anyone who wishes to understand the third reich must read Kershaw, for no on has done more to lay bare Hitler’s morbid psyche’
Niall Ferguson, Sunday Telegraph

‘No previous biographer has examined Hitler’s devilishness in Kershaw’s detail … his book is so comprehensive, so richly documented and so judicious that it will not soon be superseded’
Daniel Johnson, Daily Telegraph

Ian Kershaw’s other books include Hitler 1936-1945: Nemesis, Making Friends with Hitler, Fateful Choices: Ten Decisions that Changed the World 1940-4 and The End: Hitler’s Germany, 1944-45. Hitler 1936-1945: Nemesis received the Wolfson History Prize and the Bruno Kreisky Prize in Austria for Political Book of the Year, and was joint winner of the inaugural British Academy Book Prize.