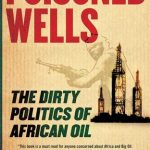 Each week the oil and gas fields of sub-Saharan Africa produce well over a billion dollars’ worth of oil, an amount that far exceeds development aid to the entire African continent. Yet the rising tide of oil money is not promoting stability and development, but is instead causing violence, poverty, and stagnation. It is also generating vast corruption that reaches deep into American and European economies. In Poisoned Wells, Nicholas Shaxson exposes the root causes of this paradox of poverty from plenty, and explores the mechanisms by which oil causes grave instabilities and corruption around the globe. Shaxson is the only journalist who has had access to the key players in African oil, and is willing to make the connections between the problems of the developing world and the involvement of leading global corporations and governments.