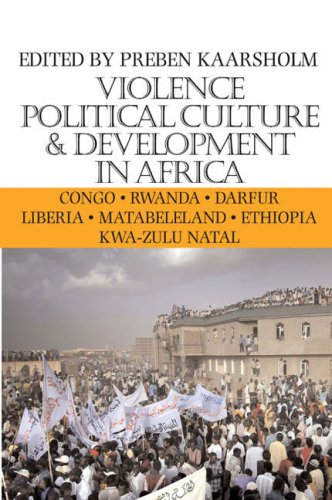 Africa has witnessed a number of transitions to democracy in recent years. Coinciding with this upsurge in democratic transitions there also have been spectacular experiences of social disintegration.
An alternative to discourses of the ‘failed’ and ‘collapsed’ state in Africa is an approach that takes seriously the complexity of historical processes, on which the political development of individual nation states was based. The chapters in this volume run in a continuum from discussions of ‘warlord politics’ to an understanding of the ‘new wars’ in Africa as outcomes of fundamental changes in social solidarity. Wars and violent conflicts in Africa can thus be understood as responses to economic emergencies and political problems which are real, have histories, and can be engaged with constructively through both intellectual and practical efforts.