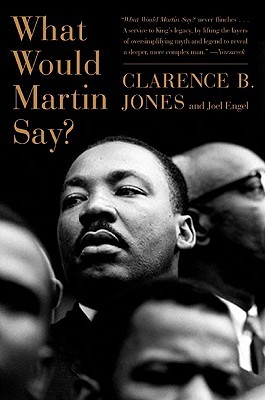 WHAT WOULD MARTIN SAY?

When the Reverend Martin Luther King Jr. was assassinated on April 4, 1968, the world lost one of the greatest moral authorities of the twentieth century. We would all benefit from hearing Martin’s voice, if only he were alive today. . . .

If anyone would have insight into Martin’s thoughts and opinions, it would be Clarence B. Jones, King’s personal lawyer and one of his closest principal advisers and confidants. Removing the mythic distance of forty years’ time to reveal the flesh-and-blood man he knew as his friend, Jones ponders what the outspoken civil rights leader would say about the serious issues that bedevil contemporary America: Islamic terrorism and the war in Iraq, reparations for slavery, anti-Semitism, affirmative action, illegal immigration, and the state of African American leadership.