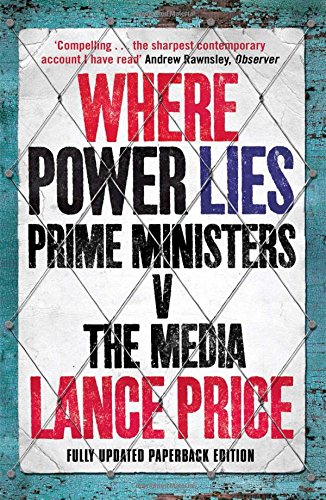 Britain has one of the oldest and most developed democracies on earth. It is admired and copied the world over. Yet at home British politics is frequently viewed with a mixture of derision and contempt. Why? Our democratic system may be mature but the politicians we elect and the media we rely on to tell us what they are up to often behave like difficult teenagers, calling each other names, arguing for the sake of argument and pointing the finger of blame rather than accepting responsibility. Little wonder that the public switches off, tired of all the racket and fed up with the lot of them.

How did we get into this sorry state, or was it ever thus?

With first-hand experience of the worlds of both journalism and politics, Lance Price looks back over almost a century of battles between the media and our political leaders to find out who is to blame. He exposes liars in Downing Street and scoundrels in Fleet Street, bullies and megalomaniacs in both. There are many wiser heads, too, who see the madness and try to find a better way of doing things. Yet are all in pursuit of the same objective? Power. They want power over each other and power over the rest of us. It is a battle without end and too often the truth is the first casualty.

Where Power Liesis the story of how powerful men and women have tried for generations to twist the facts to their own ends. It puts the struggle for supremacy between journalists and politicians into perspective. And it offers a glimmer of hope for a future in which both sides grow up, learn to respect each other and trust the rest of us with that most precious of all commodities, the truth.