View cart “Other Side of Israel, The” has been added to your cart. 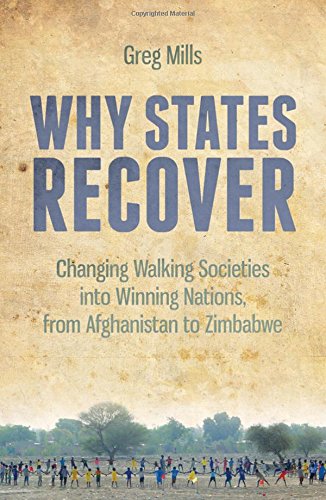 State failure takes many forms. Somalia offers one extreme. A collapse of central authority as the outcome of a prolonged civil war, where authority descends into competing factions – warlords – around the spoils of local commerce, power and international aid. At the other end of the scale is Malawi under President Bingu. During his abbreviated second term in office, the country’s economy collapsed as a result of poor policies and personalised politics. On the surface, save the petrol queues, it was stable; underneath, the polity was fractured and the economy broken. Between these two extremes of state failure are all manner of examples. This book uses field-work based case-studies of more than thirty countries, incorporating interviews with a dozen leaders, to disaggregate various state failures and identify instances of recovery – from Latin America, Asia and Africa, including Afghanistan, Congo, Sierra Leone, Kosovo, Somalia and Somaliland, Venezuela and Zimbabwe – while focusing on a key question: How do countries recover and what roles are there for insiders and outsiders?