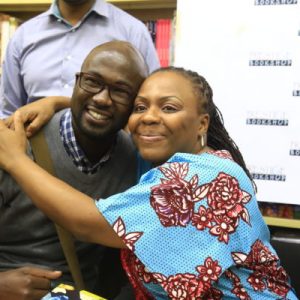 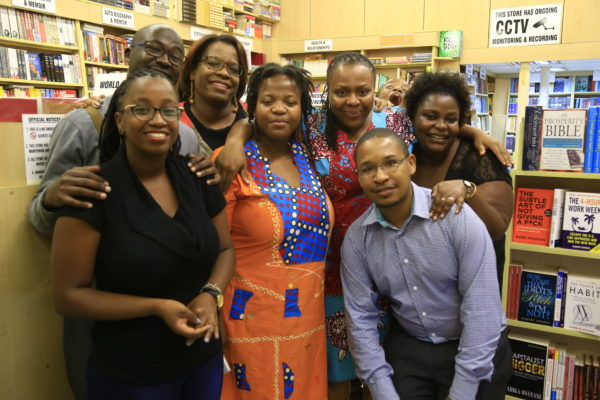 In the past decade, African writing has gone through a Renaissance. More than ever, African literary voices are being read all over the world. This growth has been spurred in part by readers across the continent who want stories about themselves reflected in fiction that is current while not ignoring history.

Prestige Bookshop in Nairobi is particularly interested in promoting African authors and having them meet the readers who not only read their work but also identify with it. Last year alone, four prominent African writers came to the bookshop and interacted with their fans. These interactions were important in part because readers appreciated the effort that the writers made; the book signings took an average of four to five hours and their enthusiasm in answering the many questions that they had did not go unnoticed. 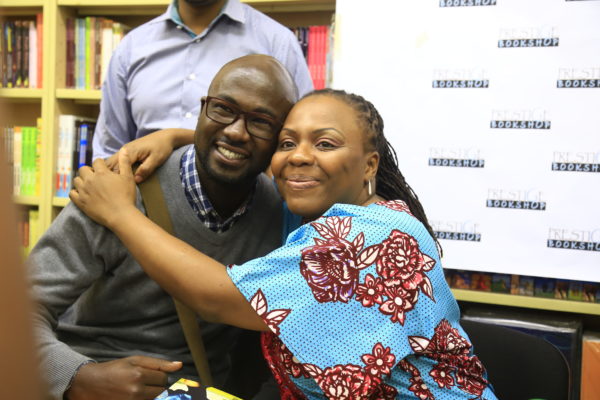 Lola Shoneyin, a poet and novelist, was at Prestige Bookshop in June for a book reading and signing. She runs the annual Ake Books & Arts Festival in Abeokuta, Nigeria. She is the author of The Secret Lives of Baba Segi’s Wives, a novel that follows Bolanle, a young woman who marries into a polygamous family, where she is the fourth wife of a rich, rotund patriarch, Baba Segi.

The Secret Lives of Baba Segi’s Wives has resonated well with readers. It humourously deals with issues women face in a way that made readers buy copies in droves. The novel appeared on Kenyan bestseller lists and was read by multiple Book Clubs across the country. Lola Shoneyin left a mark on literary Nairobi that will be felt for a long time. 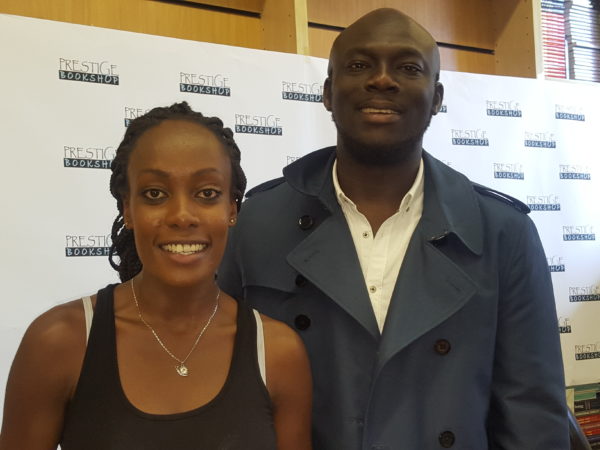 Elnathan John, author of Born on a Tuesday, was also in Nairobi in February. Elnathan, who has been shortlisted twice for the Caine Prize—for “Bayan Layi” in 2013 and for “Flying” in 2015—was at Prestige Bookshop for a book reading and signing of his novel which is told through the irresistible voice of a young boy, Dantala.

Born on a Tuesday is a masterful and haunting coming-of-age story set against the backdrop of extremist politics and religion in Northern Nigeria. Elnathan John’s arrival in the country was met with excitement by the literati. His complex and socially relevant novel elicits parallels with the economic and political situation in Kenya where extremist politics and violence is also a thorny issue. Readers also engaged him in memorable debates on what it means to be an African writer. 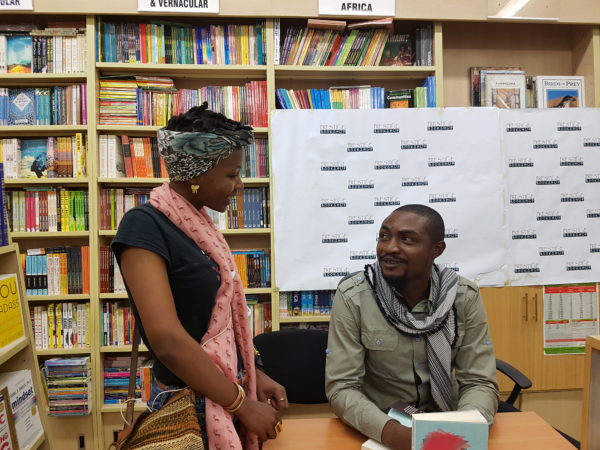 Abubakar Adam Ibrahim has been mentioned as one of the biggest names in Nigerian literature in recent times. He is the author of the short story collection The Whispering Trees, which was longlisted for the inaugural Etisalat Prize for Literature, with the title story shortlisted for the Caine Prize. He has won the BBC African Performance Prize and the Goethe Instut/Sylt Foundation African Writer’s Residency Award. In 2016, Abubakar was the winner of the NLNG Nigeria Prize for Literature for his novel Season of Crimson Blossoms, which is about an illicit affair between 55-year-old widow Binta Zubairu and 25-year-old weed-dealer and political thug Hassan ‘Reza’. This story of love and longing, set against the undercurrents of political violence, unfurls gently, reveals layers of emotion that defy age, class and religion.

Abubakar was at Prestige Bookshop in September for a reading of Season of Crimson Blossoms. He also did a book signing. He also had an in-depth discussion on who his literary influences were and how they had shaped his writing.

Nigerians stormed Nairobi last year! The literary Highway between the two countries is paved with a million words. Their coming has added vibrancy to the Kenyan Lit scene. pic.twitter.com/XaM4XaBS0t

Ayobami Adebayo visited Prestige Bookshop in February of this year. Her debut novel, Stay With Me, was warmly received. This story of a young couple navigating the challenges they face in their early marriage is a page-turner. Set against a political backdrop of the dictatorship of the Abacha years, this novel about love, loss, and family unearthed the fine line between tradition and modernity. Adebayo’s visit at the bookshop was a highlight of the new year. She gave practical advice to would-be writers and emphasized the importance of new voices to raise African literary flags.

All these visits were made possible by partnership with the Goethe-Institut Nairobi.

Here are some more photos. 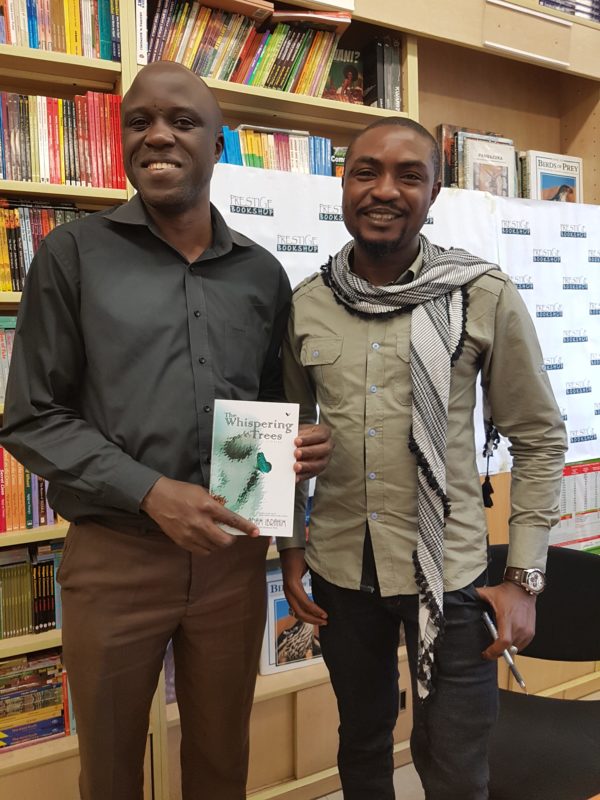 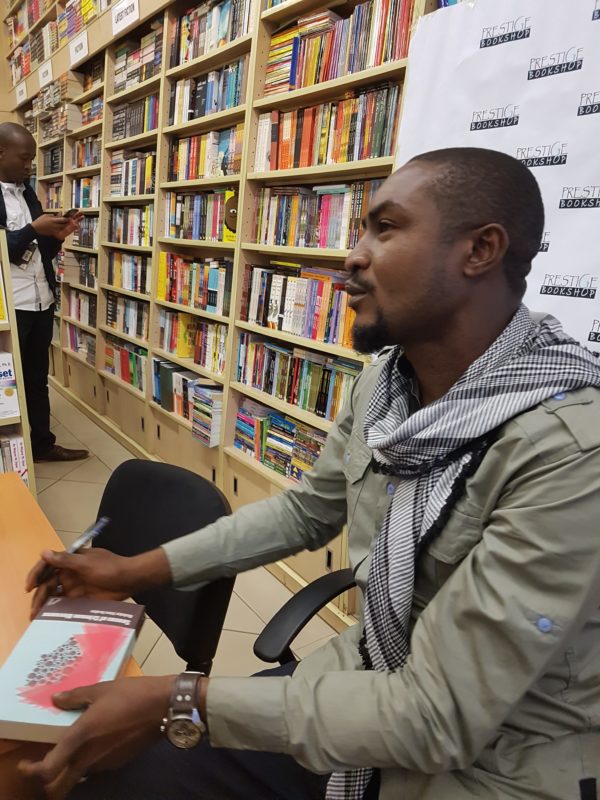 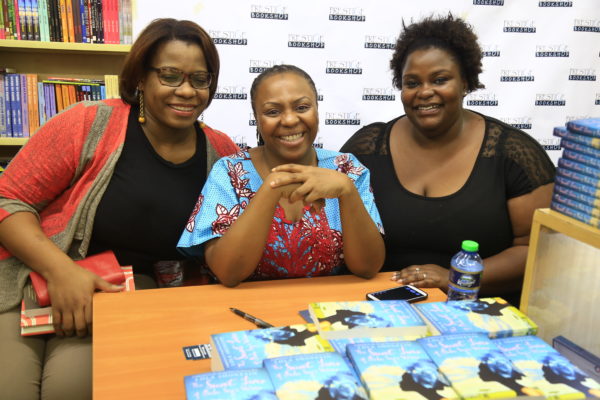 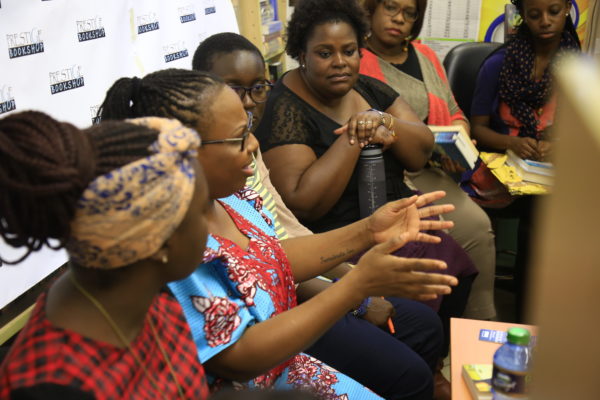 Matatu Reading: Books to Read When you are Stuck in Traffic
Kenya’s Top 2017 Reads