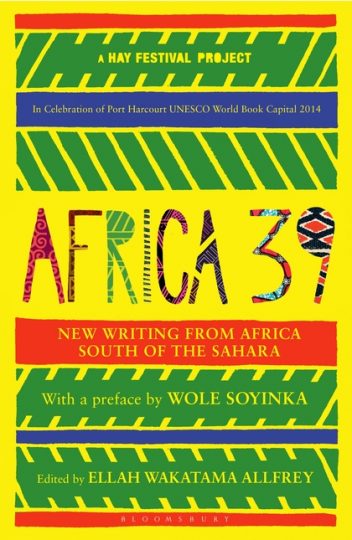 Africa 39: New Writing from Africa South of the Sahara

Africa has produced some of the best writing of the twentieth century from Chinua Achebe, Ayi Kwei Armah, Ngugi wa Thiong’o, and the Nobel Laureates Wole Soyinka, Nadine Gordimer, J.M. Coetzee and Doris Lessing, to more recent talents like Nuruddin Farah, Ben Okri, Aminatta Forna and Brian Chikwava. Who will be the next generation?

Following the successful launch of Bogotá39, which identified many of the most interesting upcoming Latin American talents, including Daniel Alarcon, Junot Diaz (Pulitzer Prize), Santiago Roncagliolo (Independent Foreign Fiction Prize) and Juan Gabriel Vásquez (short-listed for the IFFP), and Beirut39 which published Randa Jarrar, Rabee Jaber, Joumana Haddad, Abdellah Taia and Samar Yazbek, Africa39 will bring to worldwide attention the best work from Africa and its diaspora. From the dazzling list of 39 writers chosen by the judges, Ellah Wakatama Allfrey has selected richly rewarding short stories, extracts from novels, fables and other work by writers from Africa south of the Sahara, or its diaspora, and created a collection of some of the most varied and exciting new work in world literature today.

Africa39 is a Hay Festival and Rainbow Book Club project which aims to select and celebrate 39 of the best young African writers from south of the Sahara. It will be launched at the PH Book Festival in UNESCO’s World Book Capital, Port Harcourt, Nigeria, in October 2014.