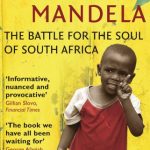 When Nelson Mandela and the African National Congress declared victory over the bitter injustice of apartheid, some thought South Africa’s future was assured. But despite Mandela’s mission of reconciliation, rampant inequality remains; race relations are uneasy, violence is endemic and many in the ANC appear to have lost sight of the liberation ideals. With the election in 2009 of Jacob Zuma, a charismatic populist embroiled in scandal, uncertainty over the trajectory of the nation has only intensified.

South Africa now stands at a crossroads, and award-winning journalist Alec Russell draws on his deep knowledge of the country to tell us how it got there and to give us a compelling account, revised and updated for this edition, of the journey from Mandela to Zuma.