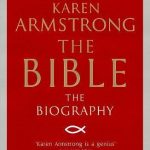 View cart “Bible, The: The Biography” has been added to your cart.

The Bible is the most widely distributed book in the world. Translated into over two thousand languages, it is estimated that more than six billion copies have been sold in the last two hundred years alone. In this seminal account, Karen Armstrong traces the gestation of the Bible to reveal a complex and contradictory document created by scores of people over hundreds of years.

Karen Armstrong begins her analysis with the origins of the very earliest books of the Hebrew Bible, in which God was called both ‘Yahweh’ and ‘Elohim’. She then traces the development of both the Hebrew Bible and the New Testament to reveal the disparate influences that helped to form these sacred texts. From the Jewish practice of Midrash and the Christian cult of Jesus; to the influence of Paul’s letters on the Reformation and the manipulation of Revelations by Christian fundamentalism, Armstrong explores the contexts in which these sixty-six books were understood and explains the social needs they answered. In the process she reveals an unfamiliar and paradoxical work that will permanently alter our understanding of the Bible.