A major reinterpretation of Gandhi’s life, politics,religion and nation Throughout his long and turbulent career as an Indian’leader,first in South Africa and then in India, Gandhi sought to fulfill his religious aspirations through politics, and to reconcile politics with his private religious discipline. The Gandhi revealed here is not the secular saint of popular renown, but a difficult and self-obsessed man driven by a sense of unique personal destiny. Penetrating and provocative, Tidrick draws on material previously ignored by Gandhi’s biographers and explores the paradoxes within his life and beliefs. Did the nationalist leader truly believe that he was not just fighting for Indian independence but also global enlightenment. Gandhi never admitted his early influences and experiences, but how important were the more esoteric ideas he first encountered in the West. 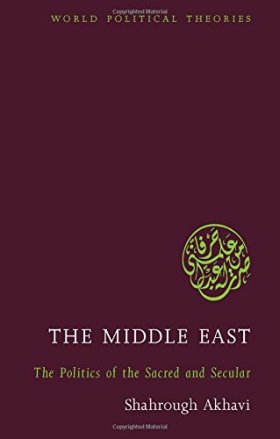 Middle East, The:Politics of the Sacred and Secular

No rating
Amidst recent hype about events in the Middle East, there have been few attempts to get below the surface and develop a fuller understanding of what politics means there. ‘The Middle East: The Politics of the Sacred and Secular’ redresses this balance and provides essential historical and theoretical context. In this book, Shahrough Akhavi shows that the way people think about politics in the Middle East has developed in response to historical experience. Islam has obviously played a pivotal role and the book does much to disentangle myth and reality about Islamic responses to politics. Refreshingly, however, the book focuses on the universal concepts of the individual, civil society, the state, justice, authority and obligation and how these have been interpreted by Middle Eastern thinkers in the twentieth and twenty-first centuries. Akhavi builds a dynamic picture of a politically exciting and engaged region. The fresh perspective this book brings to global political theory, and the background it gives students of politics in the Middle East make it an important addition to the ‘World Political Theories’ series. Author: Shahrough Akhavi ISBN:9781842778975
KES 2,550
Add to cart
Quick shop 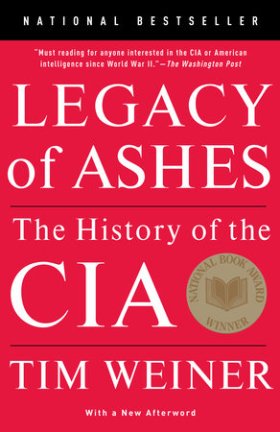 No rating
With shocking revelations that made headlines in papers across the country, Pulitzer-Prize-winner Tim Weiner gets at the truth behind the CIA and uncovers here why nearly every CIA Director has left the agency in worse shape than when he found it; and how these profound failures jeopardize our national security. Author:Tim Weiner ISBN:9780307389008
KES 2,150
Add to cart
Quick shop 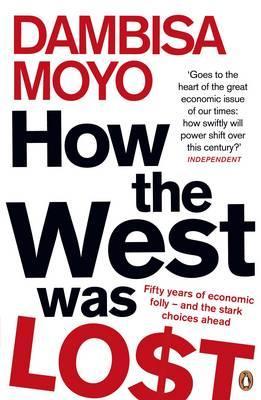 HOW THE WEST WAS LOST

No rating
From the author of Dead Aid, Dambisa Moyo’s How the West was Lost explores how the ‘first world’ has its wasted inheritance with flawed economic policy – and what can be done to reverse the decline. We think we know what’s coming. But is it already too late? How the West Was Lost is a wake-up call for all of us. Dambisa Moyo argues that during the last fifty years the most advanced countries on earth have squandered their advantage through fatally flawed policies: obsessing over property, ravenously consuming and building up debt instead of investing. Here Moyo outlines solutions that could help stem the tide. By rethinking many of the things we take for granted, she shows, it may yet be possible for the West to get back into the race. ‘An outspoken iconoclast … Moyo shows well how fundamental economic liberalisation espoused by what she calls the profligate, greedy, self-interested West has come back to bite it’ Guardian Author: Dambisa Moyo ISBN:9780141042411
KES 1,500
Add to cart
Quick shop 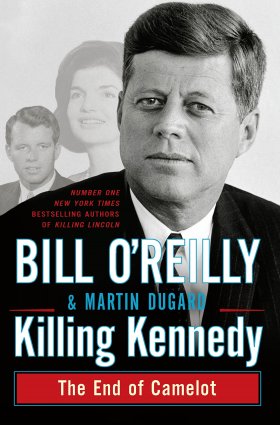 No rating
More than a million readers have thrilled to Bill O’Reilly’s Killing Lincoln, the page-turning work of non-fiction about the shocking assassination that changed the course of American history. Now the anchor of The O’Reilly Factor recounts in gripping detail the brutal muder of John Fitzgerald Kennedy – and how a sequence of gunshots on a Dallas afternoon not only killed a beloved president but also sent America into the cataclysmic division of the Vietnam War and its culture-changing aftermath. In January 1961, as the Cold War escalates, John F. Kennedy struggles to contain the growth of Communism while he learns the hardships, solitude and temptations of what it means to be president of the United States. Along the way he acquires a number of formidable enemies, among them Soviet leader Nikita Khrushchev, Cuban dictator Fidel Castro and Alan Dulles, director of the Central Intelligence Agency. In addition, powerful elements of organized crime have begun to talk about targeting the president and his brother, Attorney General Robert Kennedy. In the midst of a 1963 campaign trip to Texas, Kennedy is gunned down by an erratic young drifter named Lee Harvey Oswald. The former Marine Corps sharpshooter escapes the scene, only to be caught and shot dead while in police custody. The events leading up to the most notorious crime of the twentieth century are almost as shocking as the assassination itself. Killing Kennedy chronicles both the heroism and deceit of Camelot, bringing history to life in ways that will profoundly move the reader. This may well be the most talked about American book of the year. Author: Bill O’Reily ISBN:9781250092335
KES 1,600
Add to cart
Quick shop 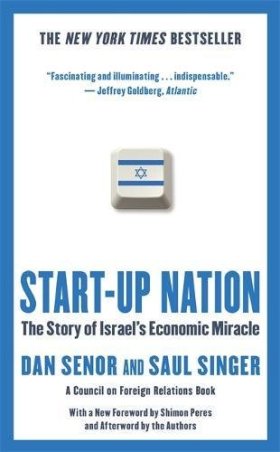 No rating
START-UP NATION addresses the trillion dollar question: How is it that Israel – a country of 7.1 million, only 60 years old, surrounded by enemies, in a constant state of war since its founding, with no natural resources– produces more start-up companies than large, peaceful and stable nations like Japan, China, India, Korea, Canada and the UK? With the savvy of foreign policy insiders, Senor and Singer examine the lessons of the country’s adversity-driven culture, which flattens hierarchy and elevates informality – all backed up by government policies focused on innovation. In a world where economies as diverse as Ireland, Singapore and Dubai have tried to re-create the “Israel effect”, there are entrepreneurial lessons well worth noting. As America reboots its own economy and can-do spirit, there’s never been a better time to look at this remarkable and resilient nation for some impressive, surprising clues. Author:Dan Senor & Saul Singer ISBN:9781455502394
KES 900
Add to cart
Quick shop 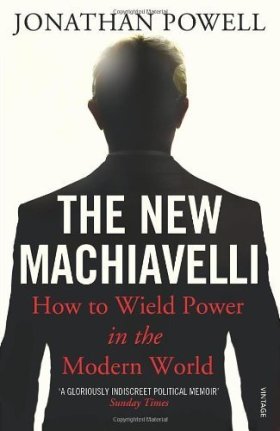 No rating
The New Machiavelli is a gripping account of life inside the bunker of number 10. In his twenty first century reworking of Niccolo Machiavelli’s influential masterpiece, The Prince, Jonathan Powell – Tony Blair’s chief of staff from 1995 to 2007 –recounts the inside story of that period, drawing on his own unpublished diaries. Author: Paul Collier ISBN: 9780195374636
KES 1,650
Add to cart
Quick shop 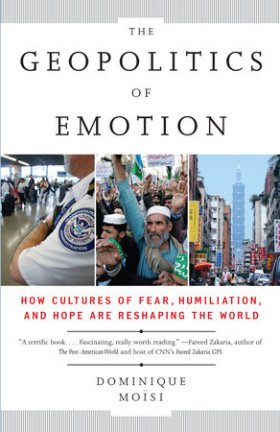 No rating
In the first book to investigate the far-reaching emotional impact of globalization, Dominique Moïsi shows how the geopolitics of today is characterized by a “clash of emotions.” The West, he argues, is dominated and divided by fear. For Muslims and Arabs, a culture of humiliation is quickly devolving into a culture of hatred. Asia, on the other hand, has been able to concentrate on building a better future, so it is creating a new culture of hope. Moïsi, a leading authority on international affairs, explains that in order to understand our changing world, we need to confront emotion. And as he makes his case, he deciphers the driving emotions behind our cultural differences, delineating a provocative and important new perspective on globalization. Author: Dominique Moisi ISBN:9780307387370
KES 1,650
Add to cart
Quick shop 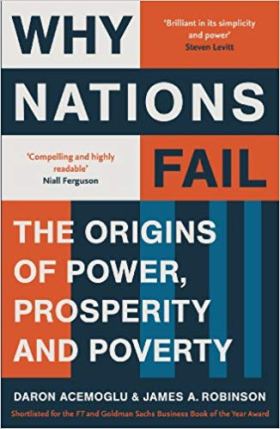 No rating
Brilliant and engagingly written, Why Nations Fail answers the question that has stumped the experts for centuries: Why are some nations rich and others poor, divided by wealth and poverty, health and sickness, food and famine? Is it culture, the weather, geography? Perhaps ignorance of what the right policies are? Simply, no. None of these factors is either definitive or destiny. Otherwise, how to explain why Botswana has become one of the fastest growing countries in the world, while other African nations, such as Zimbabwe, the Congo, and Sierra Leone, are mired in poverty and violence? Daron Acemoglu and James Robinson conclusively show that it is man-made political and economic institutions that underlie economic success (or lack of it). Korea, to take just one of their fascinating examples, is a remarkably homogeneous nation, yet the people of North Korea are among the poorest on earth while their brothers and sisters in South Korea are among the richest. The south forged a society that created incentives, rewarded innovation, and allowed everyone to participate in economic opportunities. The economic success thus spurred was sustained because the government became accountable and responsive to citizens and the great mass of people. Sadly, the people of the north have endured decades of famine, political repression, and very different economic institutions—with no end in sight. The differences between the Koreas is due to the politics that created these completely different institutional trajectories. Based on fifteen years of original research Acemoglu and Robinson marshall extraordinary historical evidence from the Roman Empire, the Mayan city-states, medieval Venice, the Soviet Union, Latin America, England, Europe, the United States, and Africa to build a new theory of political economy with great relevance for the big questions of today, including: – China has built an authoritarian growth machine. Will it continue to grow at such high speed and overwhelm the West? – Are America’s best days behind it? Are we moving from a virtuous circle in which efforts by elites to aggrandize power are resisted to a vicious one that enriches and empowers a small minority? – What is the most effective way to help move billions of people from the rut of poverty to prosperity? More philanthropy from the wealthy nations of the West? Or learning the hard-won lessons of Acemoglu and Robinson’s breakthrough ideas on the interplay between inclusive political and economic institutions? Why Nations Fail will change the way you look at—and understand—the world. Author: Daron Acemo?lu, James A. Robinson ISBN:9780307719218
KES 3,090
Read more
Quick shop 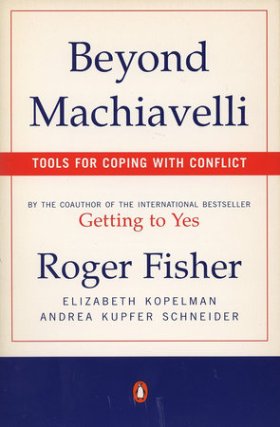 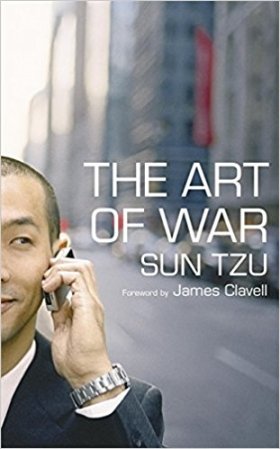 No rating
THE ART OF WAR (Chinese: ????; pinyin: S?nz? b?ngf?) is an ancient Chinese military treatise attributed to Sun Tzu, a high-ranking military general, strategist and tactician, and kindred to the Realpolitik of his time, termed in China as Legalism. The text is composed of 13 chapters, each of which is devoted to one aspect of warfare. It is commonly thought of as a definitive work on military strategy and tactics. It has been the most famous and influential of China’s Seven Military Classics, and “for the last two thousand years it remained the most important military treatise in Asia, where even the common people knew it by name.” It has had an influence on Eastern and Western military thinking, business tactics, legal strategy and beyond. Beyond its military and intelligence applications from earliest days to the present time, THE ART OF WAR has been applied to many fields well outside of the military. Much of the text is about how to fight wars without actually having to do battle: it gives tips on how to outsmart one’s opponent so that physical battle is not necessary. As such, it has found application as a training guide for many competitive endeavors that do not involve actual combat. There are business books applying its lessons to office politics and corporate strategy. Many companies make the book required reading for their key executives. The book is also popular among Western business management, who have turned to it for inspiration and advice on how to succeed in competitive business situations. It has also been applied to the field of education. The Art of War has been the subject of law books and legal articles on the trial process, including negotiation tactics and trial strategy.
KES 800
Read more