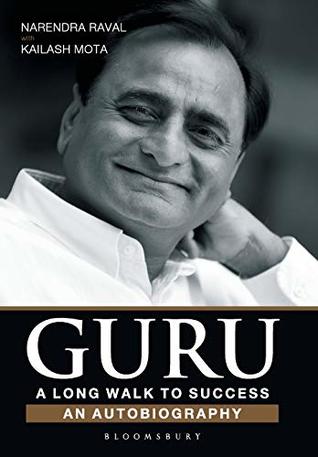 Guru: A Long Walk to Success an Autobiography

The journey of a boy that began from a little- known village of Mathak in Gujarat, India, culminated in the creation of East Africa’s biggest business groups to straddle the industrial world of steel, cement, infrastructure and aviation. This is the inspiring story of Narendra Raval, endearingly known as ‘Guru’, who began from the most humble beginnings to reach the zenith of his career through tireless hard work, an inherent business acumen and sheer tenacity.

His autobiography, in collaboration with his dear friend and colleague, Kailash Mota, traces four decades in the life of Guru Bhai Narendra Raval. It is hard to believe that the astute businessman, who successfully built a
US$400 million industrial empire, began his work life as a young, teenage priest in Nairobi, Kenya. Today, Guru Bhai runs his business empire with more than 4,500 employees spread across East Africa. He was also featured among the top 50 richest men in the Forbes Africa 2015 list.

A fascinating, awe-inspiring autobiography, A Long Walk to Success is a legacy of wisdom and guidance for young entrepreneurs inspiring to walk in Guru Bhai’s footsteps.