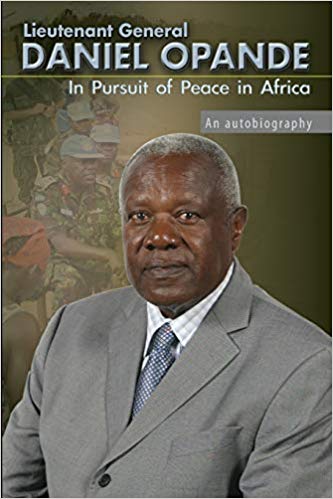 In Pursuit of Peace in Africa: An autobiography of General Opande

Lieutenant General Daniel Opande, in his autobiography In Pursuit of Peace in Africa, shares his experiences in childhood, education, family and military career until his retirement. He wore many hats: soldier, military leader, peacemaker, humanitarian, peace ambassador and mediator.

Notable highlights include his role in Kenya’s Shifta Campaign of the 1960s and engaging with rebels during peace operations he led in Namibia, Mozambique, Liberia, and Sierra Leone. In retirement, General Opande has occasionally mediated conflicts; among them the 2007, 2008, 2013 and 2017 election crises in Kenya and the aftermath of the 2015 upheavals in South Sudan. This book is a rich inspirational resource for aspiring leaders.