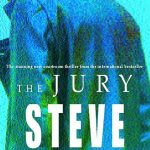 Attorney Paul Madriani has reason to suspect he’s representing a guilty man. Dr. David Crone, a respected medical researcher, is charged with the murder of a colleague: twenty-six-year-old Kalista Jordan, whose body washed up on a beach in San Diego Bay. Forensic evidence links her murder with material in Crone’s garage. And Crone had motive: Kalista had accused him of sexual harassment, and she’d been angling for his job. When a key prosecution witness dies unexpectedly, leaving an incriminating note behind, it seems the case may be closed. But Madriani won’t be satisfied of his client’s innocence till he’s established just who did murder Kalista Jordan…