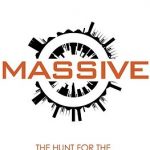 Massive: The Higgs Boson and the Greatest Hunt in Science: Updated Edition

Massive: The Higgs Boson and the Greatest Hunt in Science: Updated Edition

Now fully updated — this is the dramatic and gripping account of the greatest scientific discovery of our time.
In the early 1960s, three groups of physicists, working independently in different countries, stumbled upon an idea that would change physics and fuel the imagination of scientists for decades. That idea was the Higgs boson — to find it would be to finally understand the origins of mass — the last building block of life itself. Now, almost 50 years later, that particle has finally been discovered.

Award-winning science writer Ian Sample weaves together the personal stories and intense rivalries of the teams of scientists searching for the particle, Massive is a tale of grand ambition, trans-Atlantic competition, clashing egos and occasionally spectacular failures. From the giant particle colliders built to further the scientists’ quest to the political fallout of budget blowouts, debates over whether the search might even destroy the universe, to the incredible discovery of the particle itself, this is an epic story of imagination, personal ambition, sub-atomic exploration and global significance.