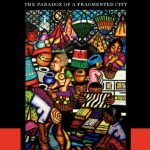 Despite being a large capital city in Africa in terms of size and its regional role, Nairobi is an unrecognised entity. For the majority of its inhabitants, the capital of Kenya is a transit point rather than a dwelling place. Since its origins, Nairobi has been a city of migrants, more predisposed to their rural roots than to their current city status. It is a non-conforming town, which conceals its urbanity more than it claims it, and whose identity remains evasive. Nairobi presents itself as a mosaic of residential areas which bring to mind the cityís history. The racial segregation that stratified the development of the colonial city has today disappeared, but it has given way to a form of social segregation. One must, therefore, not seek a unique identity in Nairobi, but rather, several identitiesóthose of different communities that comprise the city and whose dynamics are seen at village and residential estate level. However, Nairobi is also a city that is contradictory. This East African capital city is often associated with slums and crime, and their increase and growth stigmatises the failure of urban policies. Therefore, it is at these cracks and fringes of the city that we should seek out the identities and dynamics that have shaped the city for a century. Nairobi is a fragmented city that can be understood in steps. The 13 contributory articles in Nairobi Today thus reveal the city. This multidisciplinary collective work invites us to gain entry into certain areas of the city, to visit its communities and to familiarise ourselves with its formal and informal institutions. This is a requirement in order to fully understand what makes Nairobi what it is today.