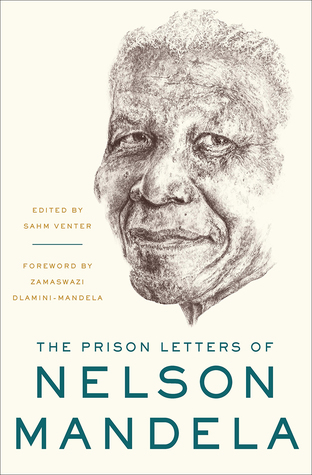 The first authorised and authenticated collection of correspondence spanning the 27 years Nelson Mandela was held as a political prisoner.

While incarcerated in South Africa as a sentenced prisoner between 1962 and 1990, Nelson Mandela wrote hundreds of letters to loved ones, followers, prison authorities and government officials documenting his plight as the most prominent political prisoner of the twentieth century. Organised chronologically and divided by the four jails in which he was imprisoned, approximately 250 selected letters many of them never before seen by the public have been assembled here from the collections held by the Nelson Mandela Foundation, the South African National Archives and the Mandela family, amongst others, together with a foreword by Mandela’s granddaughter.

With accompanying facsimiles of some of the letters and generous annotations, the book provides a personal and intimate portrait of the lawyer and political activist as husband, parent, friend and political prisoner, reflecting on everything from the trajectory of the anti-apartheid movement to the death of his beloved son, Thembi.

Publishing for the centenary of Mandela s birth, The Prison Letters of Nelson Mandela forms a new autobiographical vision, providing insight into how Mandela maintained his inner spirits while living in almost complete isolation and how he engaged with an outside world that became increasingly outraged by his plight.