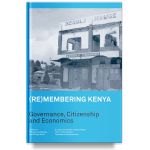 When the conflagration that came to be popularly referred to as Post-Election Violence (PEV) erupted at the end of 2007 and rolled out into the first quarter of 2008, the consensus opinion coalesced around the fact that there must have been a background to this state of affairs. It couldn’t just have happened: as was correctly observed, barring mass-insanity, and this was never shown to have been the case, hundreds of people don’t just wake up one morning and in unison begin torching their neighbor’s houses, slice up their cattle with machetes, rape their girls and women, chop off the men’s private parts and, in urban centres, evict owners from the houses they had painstakingly built over the years and then gleefully inhabit those dwellings and collect rent on those they do not occupy. To argue, as some did, that a stolen election victory was the matchstick and tinder which caused the inferno witnessed then was fatuous dishonesty. In other words, this state of affairs had been a long time coming. Yet, at the same time, people were not quite sure how exactly and in what specific fashion Kenya had come to where it was. Neither did the editors of what have become three (Re)Membering Kenya volumes.
The first volume explored questions of identity, culture and freedom while the second one interrogated issues of marginalization and governance. Recognizing that how and where people make money often shapes their relationship with others in the same or in different spaces of production (Re)Membering Kenya Volume 3: Governance, Citizenship and Economics attempts to interrogate the interplay between economics and other issues such as gender, education, environment and health. What we need to do differently in the economic sphere is the overriding question discussed in this volume.