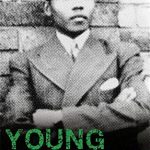 Nelson Mandela has been mythologised as a flawless hero of the liberation struggle. But how exactly did his early life shape the triumphs to come? This book goes behind the myth to find the man who people have forgotten or never knew – Young Mandela, the committed freedom fighter, who left his wife and children behind to go on the run from the police in the early 1960s. But his historic achievements came at a heavy price and David James Smith graphically describes the emotional turmoil Mandela left in his wake.

After meticulous research, and taking a lead from Mandela’s trusted circle, the author discovers much that is new, surprising, and sometimes shocking that will enhance our understanding of the world’s elder statesman. For the first time, we have evidence of a specific personal motivation for Mandela’s fight against apartheid, and this book sheds light on the significant extent to which Mandela relied on white activists – a part of South African history the ANC has ignored or tried to bury. Sanctified, lionised, it turns out that Mandela is a human being after all, only too aware of his flaws and shortcomings. With unique access to people and papers, culminating in a meeting with Mandela himself, Smith has written the single most important contribution to our knowledge of this global icon.